There are thousands of hardware devices, large and small, all year round, including PC-level head-mounted display, VR all-in-one and VR glasses, and of course, panoramic camera devices for producing content, while software content is countless.

As long as it can be linked to virtual reality, stories are happening every day. However, in the good voice, some practitioners have made different voices.

On the one hand, it is full of potential and hope, and on the other side, it has chosen to quit. This extremely contradictory phenomenon also puts a question mark on the virtual reality industry. What happened in the first year of VR, and is it really possible in the future?

The outlook is still optimistic about market institutions 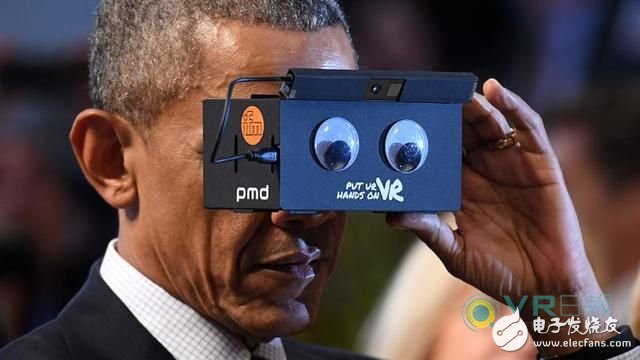 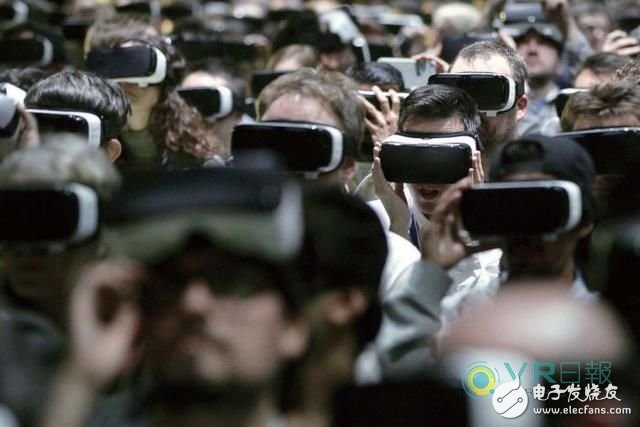 Investment banks and market institutions are still full of expectations for the future of virtual reality.

In the opening report in February this year, Goldman Sachs summarized VR and AR as the next general-purpose computing platform. The article wrote, â€œVR/AR has created a new, even more intuitive way to interact with computers, and the way of operation has become us. Very familiar gestures and screens, while the first few platforms correspond to smartphones, tablets and PCs.

Investment and financing data can also reflect the enthusiasm of capital participation. It is understood that in the past two years, VR/AR has conducted 225 venture capital transactions with a total investment of 3.5 billion US dollars, of which, in May 2014, Facebook Acquired Oculus for $2 billion.

In anticipation of market size, Goldman Sachs said, "Based on standard expectations, the VR/AR market will reach $80 billion by 2025."

The data service organization TalkingData wrote in the "2016 VR/AR Industry Hotspot Analysis" report that "VR and AR related technologies are starting, and the corresponding development platforms, application suites and hardware devices are gradually improved and popularized, and the future VR And AR will get more applications in the fields of film, games, advertising, education and so on."

According to TalkingData, â€œAt present, the global VR/AR industry development opportunities and challenges coexist, and the blue ocean market remains to be tapped.â€

In terms of market size, TalkingData is more aggressive than Goldman Sachs, claiming that the industry will reach $130 billion by 2020, including $30 billion in the VR market, including entertainment for games, apps, apps and theme parks. The project will dominate. 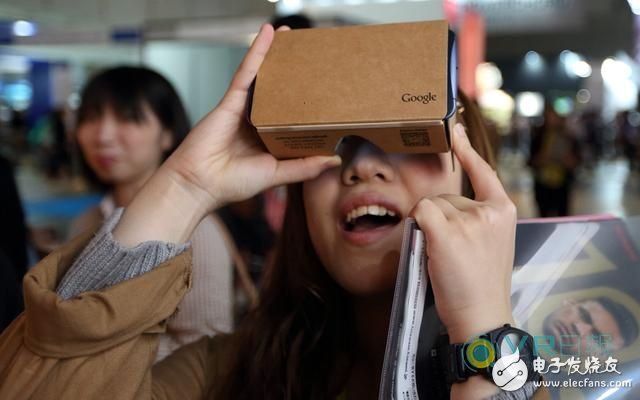 Based on the difference in positioning, virtual reality hardware is divided into two forms: PC VR and mobile VR. From the later market share data, the proportion of mobile VR devices has left PC VR far behind.

In the first half of the year, the equipment of the PC VR Big Three HTC, Sony and Oculus was released or sold. However, due to the capacity problem, the shipments did not reach the same level as mobile phones, tablets and even PCs. Sony even went this year. The PS VR was delivered to the first batch of subscribers in October.

It is reported that HTC VIVE's current sales have far exceeded 140,000 units, Sony executives in the interview gave a ambiguous result of "tens of thousands", Oculus sales of Rift is even more ignorant.

At that time, market research institutions gave forecasts that the high-performance VR shipments were 2 million units a year. However, after the capacity problem broke out, market institutions have lowered their shipment forecast for similar products. After SuperData updated the data, it was against HTC. Sales of Sony and Oculus are expected to be adjusted to 750,000 units, 450,000 units and 355,000 units respectively.

However, considering that HTC introduced a wireless transmission solution in the subsequent process, the handle of the Oculus Rift also appeared on the stage. Together with the content of Sony's content, the shipment of PC-class VR still has a lot of room for improvement in the future.

In contrast, mobile VR still maintains a rapid development trend. According to a survey report by Juniper Research, the number of mobile VR helmets is 17 million units this year, and it is predicted to increase to 60 million units by 2021. Volume, an increase of 241%.

In another set of SuperData data, Google Cardboard, Google Daydream and Samsung Gear VR accounted for 98% of all VR device shipments, especially for various Cardboard-based products, accounting for up to 84%. %, industry insiders said that Shenzhen Huaqiang North's monthly shipments of VR glasses can reach 2 million units.

The reason is that PC-level VR, while providing excellent performance, but the expensive price has excluded a large number of users, mobile VR has become the first springboard for these users to enter the virtual reality era.

Technology giants have entered the game 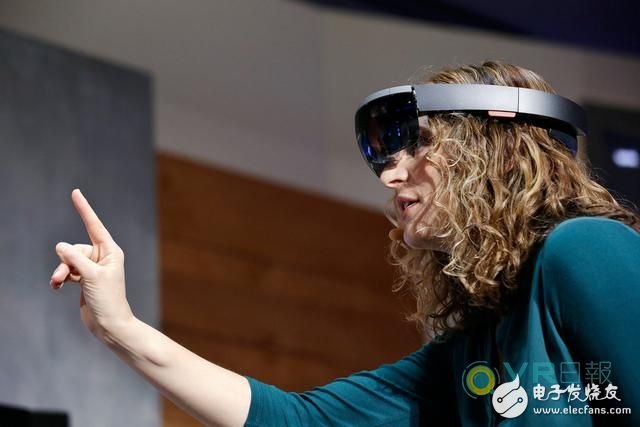 The new industry has never lacked the Internet and technology giants. In addition to HTC, Sony and Oculus' parent company, Facebook, including Qualcomm, Intel, Microsoft, AMD, GoPro, NVIDIA, Samsung, etc. They have been laid out in their respective fields.

Qualcomm began to integrate virtual reality solutions in its mainstream processor platforms. On the one hand, it can seize the mobile phone industry's control of mobile VR compatibility, on the other hand, it has the opportunity to lay out the VR all-in-one market and grasp the right to speak in new fields. And this versatile solution and hardware underlying optimization of virtual reality performance is also further enhancing the experience of virtual reality content.

Microsoft's masterpiece is HoloLens, but because of the productivity and technical problems, people can't fully experience this mysterious device so far, so some people are beginning to speculate that this project for MR will end up with a final outcome. Googleâ€™s Google Glass project is just like the sea.

In addition to GoPro, a series of hardware manufacturers including NextVR, Insta360, and Deto have launched their own panoramic camera devices, and created a corresponding panoramic video live broadcast program, trying to cut into the VR industry from the perspective of content production, while domestic The Internet giants have not yet participated in the formulation and integration of these standards, resulting in different current standards for the live video broadcast, and the operation methods and user experience are also very different.

Among the domestic Internet companies, including Tencent, Ali, and Storm, all participate in the development of virtual reality services to varying degrees. Tencent's layout in the VR field has penetrated into hardware, software, payment kits and content, and Alibaba's main energy. Focusing on the e-commerce platform, this year's dual 11 flagship also launched the virtual reality shopping scene solution "Buy+", while LeTV and Storm's business is relatively traditional, mainly for virtual reality related hardware, content and distribution.

Excessive dependence on the game industry 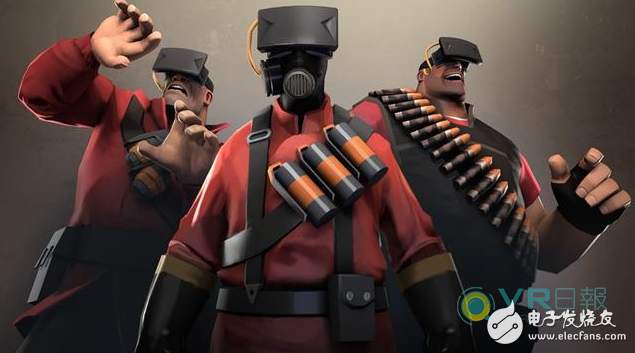 Goldman Sachs predicts that by 2020, the total number of VR/ar game users will exceed 70 million, with revenues reaching $6.9 billion.

Correspondingly, large manufacturers such as Sony, Oculus, and HTC have greatly increased the appeal of the products with the help of game content in the early days of new products, especially the Sony PS VR. The positioning itself is a peripheral product of a PS4 console. The core content is The game, Oculus Rift's attributes are similar, so that the outside world to a certain extent, the game and virtual reality are equal.

As far as the content of the game itself is concerned, the quality of the content on the market is currently uneven. Some of the first-line game development studios have announced the virtual reality support plan, but products such as Resident Evil 7 and Beach Volleyball 3 have successively The ticket was skipped, and the naughty dog â€‹â€‹of the "Mysterious Seas" production team painted a big pie for the VR version.

In solving the problem of transition-dependent game industry, HTC is trying to transform virtual reality technology into productivity by cultivating more virtual products and content beyond the game by building a virtual reality investment and financing platform.

It is understood that HTC launched the Vive X incubator project this year, and from the first batch of 1,200 venture capital companies, it has selected 33 projects from 30 countries around the world, including entertainment, games, applications, UI/UX and Tools and other major categories.

In addition to HTC itself doing this part of the trial, some third-party teams are also using htc vive to create productivity-related solutions.

In May of this year, a top Italian neurologist named Sergio Canavero announced that he would use virtual reality technology at the end of 2017 for a Russian who had spinal muscular atrophy since childhood. "Head-to-head surgery," and a company called "Surgical Theater," also launched a surgical application for surgeons that allows doctors to view the patient's brain inside through VR glasses.

From the beginning, I entered the winter of entrepreneurship. 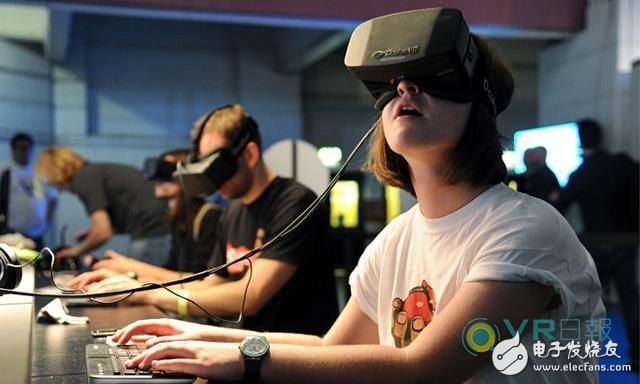 According to GFK's research data, in 2016, the overall sales of VR hardware in China will reach 650 million yuan, the average monthly sales of equipment will reach 382,000 units, and the number of brands will reach 480. In the wild market, some wholesale prices of retail products are sold. The minimum has reached $3-4.