As a well-known household electrical appliance company at home and abroad, Samsung's contribution in the field of color TV is obvious to all. Examples include ultra-thin LED backlight LCD TVs, smart TVs equipped with Tizen systems, second-generation Quantum-dot TVs that call OLEDs, and more immersive curved TVs. With the advent of these new technologies and new concept products, consumers' lives have been qualitatively changed, and the development of the industry has therefore been driven forward. 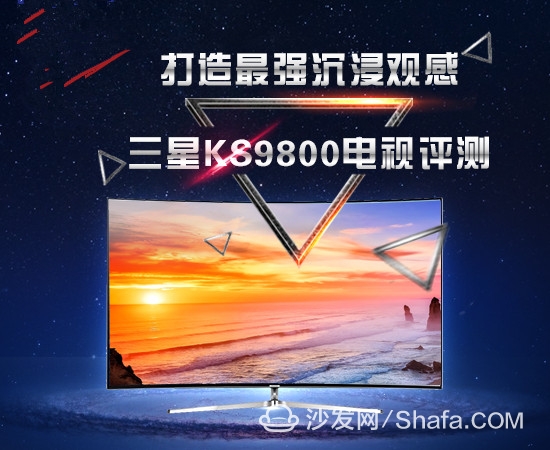 The timeline reverts to the CES Consumer Electronics Show at the beginning of 2016. At the world's largest technology festival, Samsung brought the flagship second-generation Quantum Spot SUHD TV (Samsung KS9800 TV) to consumers around the world. As a representative of â€œBlack Science and Technologyâ€, the Samsung KS9800 TV is a product with good value and connotation.

It is understood that Samsung's second-generation quantum dots SUHD TV pay more attention to the consumer's experience, extremely immersive process design coupled with stunning image quality performance allows consumers to feel the product's unique charm. In addition, on Samsung's second-generation SUHD QD TVs, many cutting-edge display technologies are being integrated into them, such as the second-generation quantum dot technology, HDR technology, and so on. So what are the stunning performances of Samsung KS9800 TVs with so many cutting-edge technologies in the industry for consumers in general? With doubt we go into today's test content.

As an epoch-making product, the Samsung KS9800 TV has a sense of presence and immersion that other competitors cannot match. When it comes to immersion, many consumers will think of VR, the hot product of the moment. However, before VR technology has been widely used, the Samsung KS9800 still has many advantages that consumers should pay attention to. First of all, the Samsung KS9800 TV has a very rich content that can provide consumers with a variety of application needs. Second, superior panel display capabilities and color tuning capabilities can provide consumers with more realistic display images. Third, the addition of advanced technologies such as HDR and motion compensation can make the picture more fluid and natural. Finally, combined with its own curved surface frameless design, to bring consumers the ultimate experience. 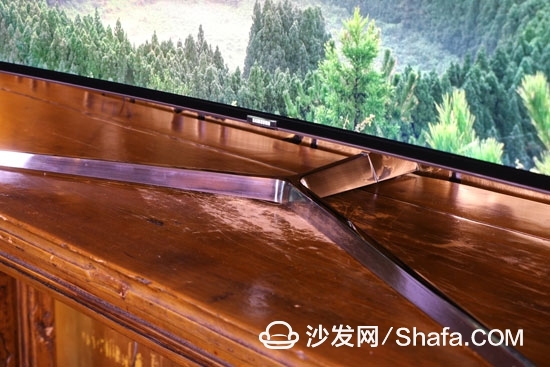 "Immersion" experience can not be separated from the ultimate craft design, so in the next time, the author takes everyone to know in detail about Samsung KS9800 TV in the design of the extraordinary. 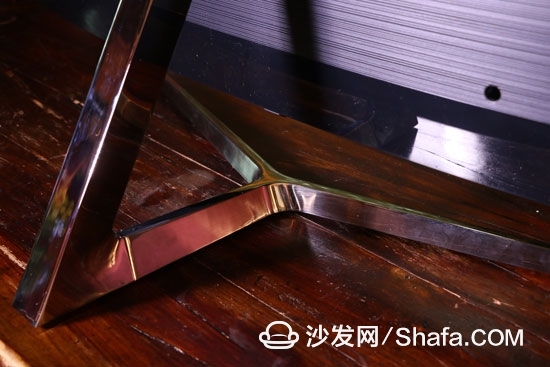 The extraordinary and minimalist design concept has created a one-piece non-border curved TV for consumers. The superb technology makes the Samsung KS9800 TV look more like a work of art from any angle. The use of Aqualight backplane, Samsung KS9800 TV really achieve a 360 Â° no dead end design, superior picture bracketing so that consumers once again feel the visual impact of the ultimate picture. 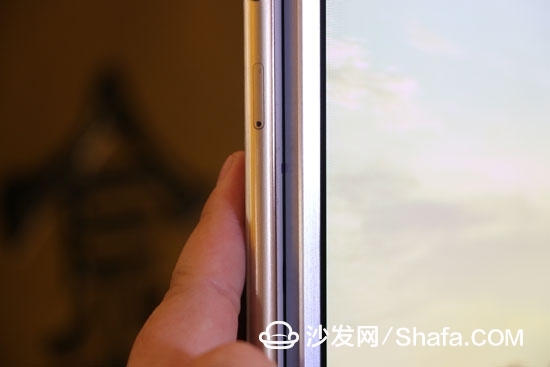 In addition to "no border" and "no screws", the ultra-thin body thickness is also one of the selling points of the Samsung KS9800 TV. Although the main colors of silver and black are not as dazzling, they are also revealing in the low-key. Luxury. In terms of the base design, the Samsung KS9800 TV adopts a brand new simple base, which not only reduces the complexity but also reduces the stability of the product itself.

As I mentioned in the previous article, the Samsung KS9800 TV is the flagship product, so it has many current mainstream display technologies at the technical level, and then these technologies are of great help to the improvement of the picture quality, and listen to the author one by one. 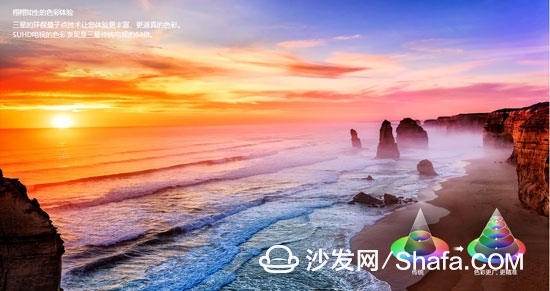 The new quantum dot technology of the Samsung KS9800 TV has been innovated and upgraded on the basis of the original Quantum Dots, which has improved the overall performance of TV picture quality. The use of cadmium-free Quantum Dots to ensure a longer TV life and a more healthy use environment, dark black anti-reverse can effectively resist the ambient light, giving us a more comfortable viewing environment. 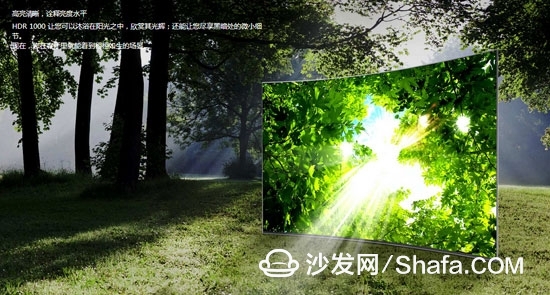 I believe that everyone is not unfamiliar with HDR. Since the beginning of the year, almost all color TV manufacturers are pushing products with HDR technology. However, according to the author's understanding, the TV through HDR technology is also very different in nature. On the Samsung KS9800 TV, the HDR1000 was added to the product for the first time, resulting in a peak brightness of 1,000 nits. This brightness is also regarded by the industry as a top level. 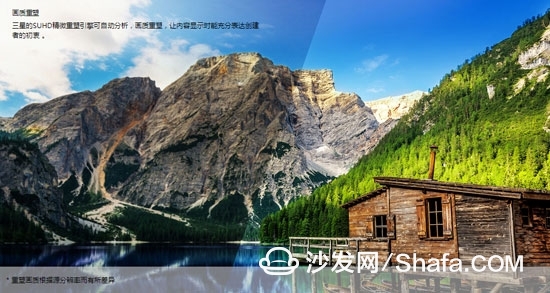 In addition to the HDR1000, the Samsung KS9800 also incorporates dark-black anti-aliasing technology, which incorporates light scattering to reduce reflections and enhance contrast. Combined with bionics technology, imitating moths to protect themselves from natural eye damage, they can effectively absorb and reduce interference from outside light, significantly improving image contrast.

More and more serious "homogenization" phenomenon makes TV manufacturers rack their brains for the "differentiation" of home appliances, especially after the television becomes intelligent, how to make their products stand out is not an easy task. So in this regard, Samsung KS9800 TV is how to do it? 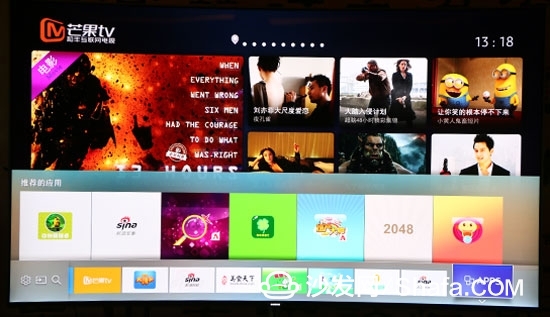 It is understood that Samsung KS9800 TV uses "Tizen" smart operating system. Consumers familiar with the home appliance industry know that almost all products use the Android operating system, but compared with the "Tizen" operating system has a more simple design style and precise control. 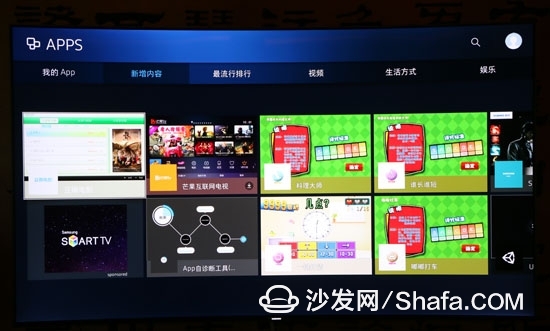 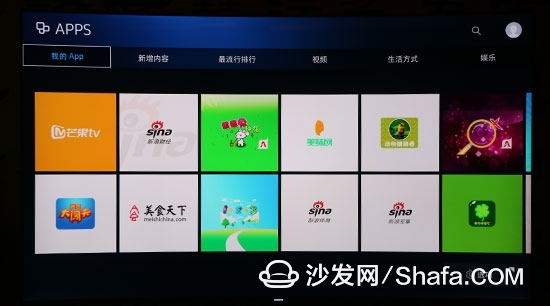 In addition, as an open platform, the "Tizen" system supports the development of web standards for TV applications, enabling Samsung Smart TVs to become part of building large content ecosystems and integrating them with other devices.

Increasingly rich entertainment features allow consumers to gradually begin to favor the use of televisions, but it is undeniable that quality is always an important factor in evaluating â€œgoodâ€ TVs.

Through the foregoing introduction, we learned that Samsung KS9800 TVs use ultra-high-definition 4K display screens, and are equipped with local light control technology, image processing engine, sophisticated black control technology, quantum dot technology, etc., so whether the influx of so many powerful technologies can give Consumers bring the ultimate picture quality. With doubt we go into the next test content. 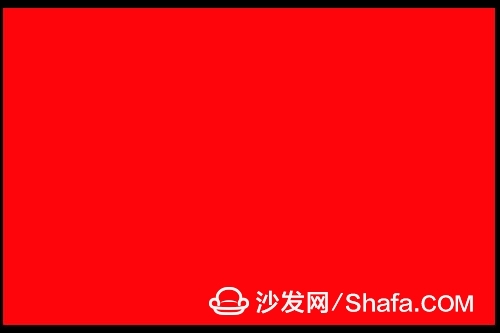 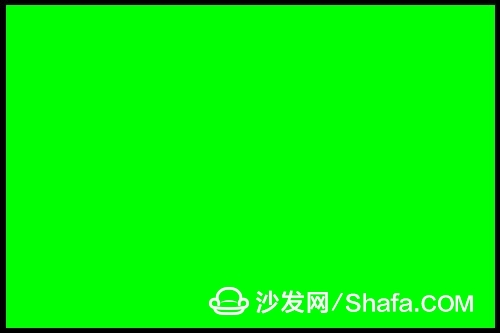 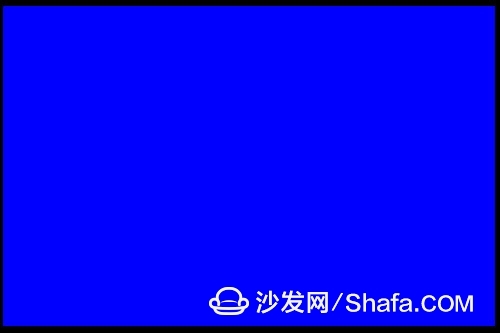 In the previous article, I have already introduced to you, Samsung KS9800 TV equipped with ultra-high-definition 4K display screen, then the product for the 4K screen detail processing performance? 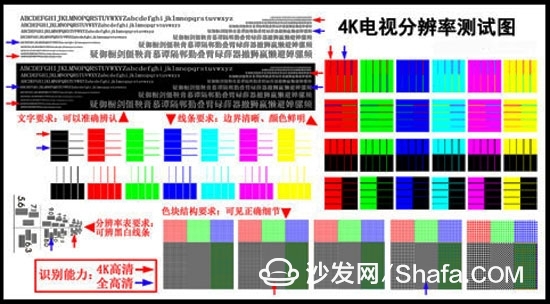 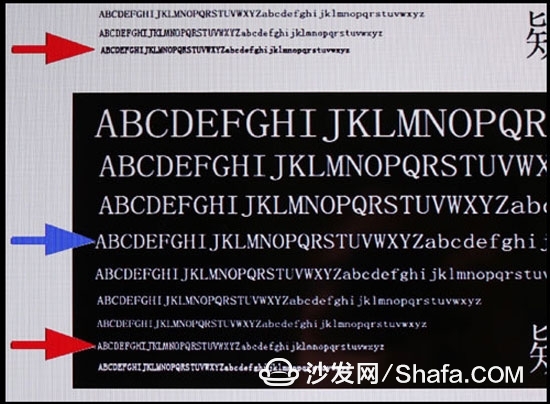 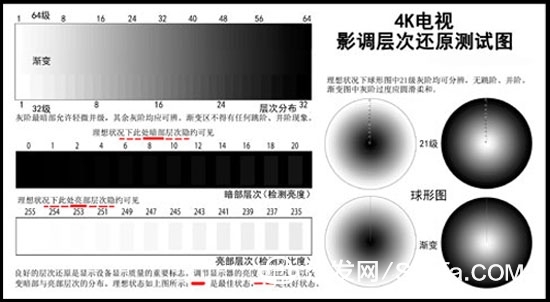 In addition to the display content, in the game and the movie screen, 4K TV's ultra high-definition resolution also brings users a different visual experience. Here we come to appreciate the Samsung KS9800 TV's ability to resolve 4K images. 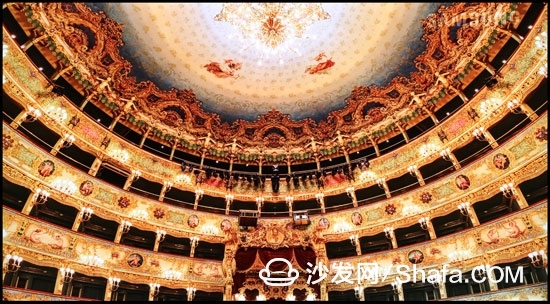 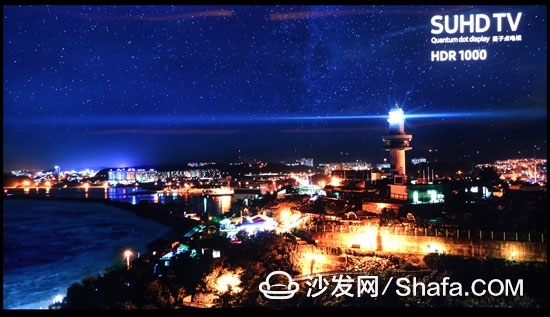 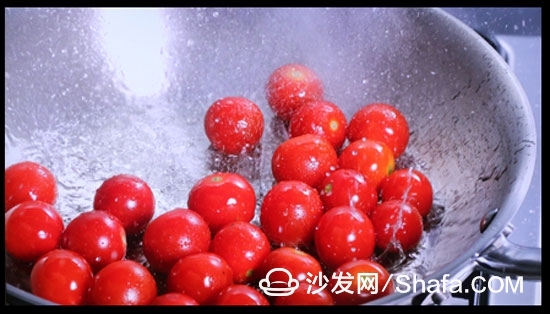 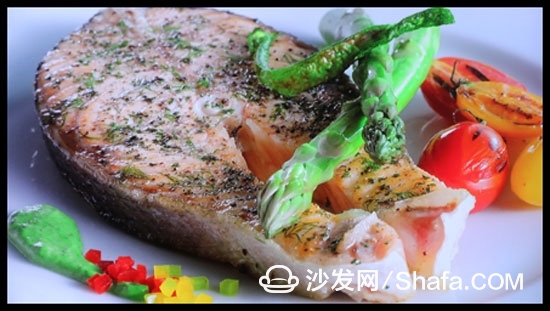 It is not difficult to see through the above 4K picture group screen pictures and 2K picture screen picture display that the outstanding control of color and outstanding image layering is the advantage of Samsung KS9800 TV. From its actual performance, it is superior to the market. Most high-end flagship 4K TVs.

In addition, in terms of color, the Samsung KS9800 TV also makes the screen look more bright and bright, as if to be in it. 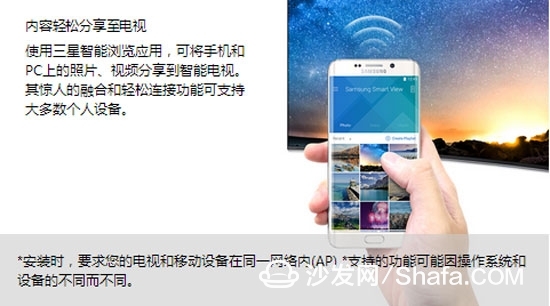 Take Samsung's smart TV remote control for example, feel and comfort are the biggest highlights of its products for years, in order to make it easier for consumers to use and use them more conveniently. 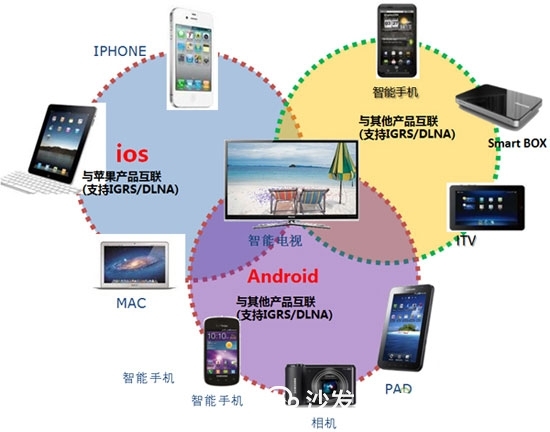 It is worth mentioning that the Samsung KS9800 TV remote control also supports voice manipulation and gesture recognition, and the rich and varied control methods bring consumers endless fun.

Video on demand is a major function of smart TVs, so on the Samsung KS9800 TV, it will give the majority of users what are the different highlights. 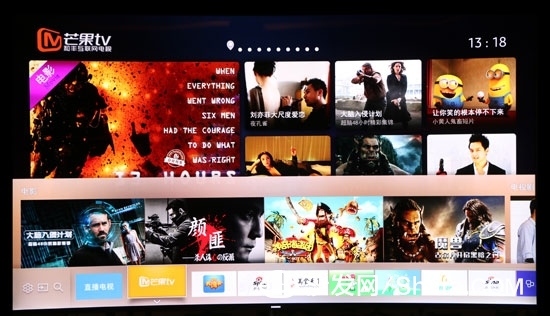 In terms of video on demand, the Samsung KS9800 TV and Mango TV have cooperated. The rich source and high picture quality have attracted the attention of many users. During the testing process, the author found that some of the current anchor's video content is appearing in the broadcast control software. This fully explains the timeliness of the content is very strong. 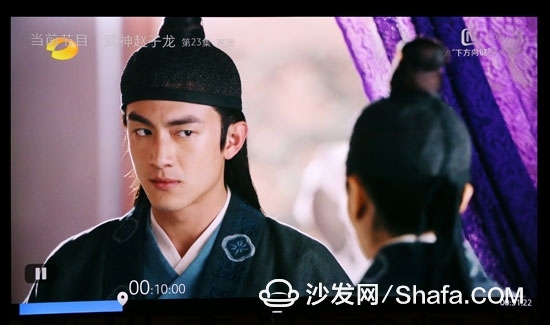 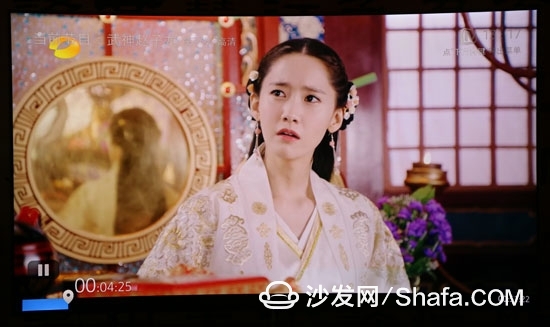 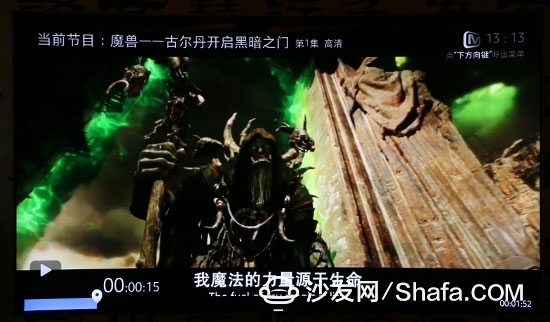 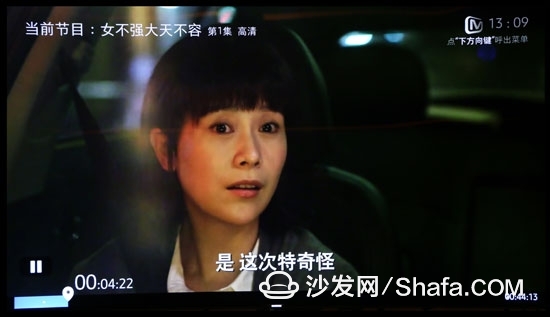 In addition, in order to provide users with more and more rich video content, Samsung KS9800 TV has added various categories in video content. Clear and clear content classification allows users to quickly and accurately search for videos suitable for their own viewing.

Evaluation of Samsung KS9800 TV is introduced for everyone here, because it is on-site evaluation, so the test content of the product is not very detailed, the results are for your reference only. However, it is undeniable that, as a flagship product, Samsung KS9800 TV in the performance, functionality and appearance of the overall performance is still very good.

First of all, in terms of process design, the Samsung KS9800 represents the cutting-edge level of the current color TV industry. The highly contemporary design not only captures eyeballs, but also creates a more immersive audiovisual environment for consumers.

Secondly, the easy-to-use "Tizen" system has a very humanized design. No matter the elderly or children, they can easily get started.

Third, the addition of technologies such as HDR, quantum dots, black crystal screens, and moth-eye bionics are extremely helpful in enhancing the overall performance of the picture. While real images are restored, they are highly shocking to consumers.

Finally, rich and varied entertainment functions can meet the various needs of consumers in daily life, enhance product availability, and enhance the interaction between people and people and television.