According to the definition of the China Internet of Things School-Enterprise Alliance, the Internet of Vehicles is a huge interactive network composed of information such as vehicle position, speed and route. Through GPS, RFID, sensors, camera image processing and other devices, the vehicle can complete the collection of its own environment and state information; through the Internet technology, all vehicles can aggregate their various information transmission to the central processor; through computer technology, these Information on a large number of vehicles can be analyzed and processed to calculate the optimal route for different vehicles, report road conditions in time, and schedule signal periods.

At present, many auto companies and related industrial enterprises in the automotive industry have launched solutions for vehicle networking technology, with remarkable results, and relevant industry experts predict that the global market for vehicle networking services in 2018 will be 39 billion euros, up from 13 billion euros in 2012. 2 times, in the total market of the global vehicle networking network of 39 billion euros in 2018, 83% (about 32.6 billion euros) will come from the mobile communication interconnection based on embedded SIM technology: the shipment of cars with related systems in the next 5 years The amount will increase by 6 times. It is also expected that by 2025, due to the rapid development of the embedded mobile communication technology market, each newly produced car has a certain degree of mobile interconnection function, mobile security, security, infotainment, traffic information, navigation, vehicle failure. Businesses such as diagnosis will also flourish. Under the background of the optimistic development of the automotive industry in the automotive industry, many domestic bus companies are actively preparing for the war, and have launched the vehicle networking technology solutions with rich enterprise development characteristics. Let us witness the solution of the vehicle networking technology developed by domestic famous bus companies. The charm of the program. 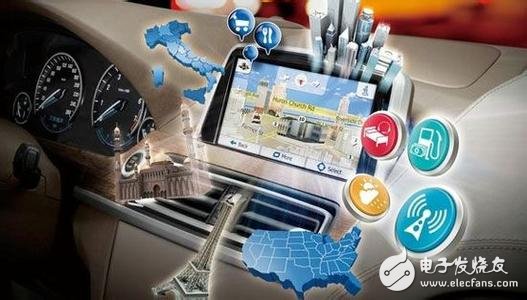 The Hager G-BOS Smart Operations System was launched in July 2010. G-BOS intelligent operation system is a comprehensive application of TelemaTIcs technology (wireless communication technology, satellite positioning, network communication technology, on-board computer), CAN bus technology, business intelligence technology and advanced management technology on passenger cars. The G-BOSII generation, a new generation of passenger car intelligent operation system listed in 2013, introduced the concept of â€œwin-winâ€ and has more powerful functions. The UI interface is more friendly, more practical, easy to use and compatible, and it takes a lot of effort in security management and energy saving. For example, the driver can retrieve the analysis data, improve the driving skills, and analyze the report of the manager more thoroughly and intuitively. The new vehicle has been upgraded, the vehicle physical examination, the number of passengers on and off the station, the road offset system, the vehicle collision avoidance system, etc. Conform to industry management challenges and development trends.

Released in 2012. Yutong â€œAnxinâ€ school bus intelligent management system is developed by Yutong Company based on the Internet of Vehicles technology. It consists of four modules: monitoring system, driver assistant, credit card system and driving recorder. It can realize people, cars and roads. Comprehensive monitoring is a complete system solution.

On October 23, 2011, the signing ceremony of the strategic cooperation between Zhongtong Bus and China Unicom and the listing and launching ceremony of the â€œChina United Connectâ€ operation management system were held in Shandong. Zhonglian Zhitong is the first officially released operation management system after the Ministry of Transport issued the GPS communication standard. It can be compatible with the management platform that has been built by the transportation company or the future third-party vehicle terminal without re-investment. Deep customization development can be carried out for different user needs, which can meet the smooth transition of future system upgrades to different wireless communication system platforms such as 3G. Zhonglian Zhitong has a unique one-button alarm technology. In the dangerous situation, when the driver presses the alarm switch, the monitoring platform will pop up an alarm page. The monitoring system reports the position and status of the vehicle, and simultaneously turns on the audio monitoring function and the in-car video. monitor. Zhonglian Zhitong vehicle terminal collects various information of engine and vehicle operation and calculates it through the CAN bus system on the vehicle. The vehicle terminal uses the wireless Internet to upload the above calculation data to a third-party data center such as China Unicom. The third-party data center sends relevant data to the Zhongtong Bus or Transportation Enterprise Monitoring Platform via the Internet fiber. Through the client access monitoring platform, the management personnel can control the vehicle operation data in real time, realizing real-time monitoring and management of the vehicle. Zhonglian Zhitong comprehensively helps transportation enterprise management upgrade from eight aspects of vehicle performance guarantee, safe driving, energy saving management and operation monitoring, improve enterprise operation and management capabilities, reduce operating costs, ensure transportation safety, improve operational efficiency, and realize the system's "intelligent achievement." The meaning and concept of "value".

On April 11, 2012, SAIC Datong announced that it will provide InteCare's full-network intelligent solution to its commercial vehicles. The program is the world's first car networking technology for commercial vehicles. InteCare's full-network intelligent value solution is a new generation of human-car interaction technology developed in accordance with SAIC's â€œInternational Benchmarkâ€ concept and standards. By integrating SAIC's superior resources, it brings value-added solutions to users. . InteCare has three main functions, namely security management function, vehicle monitoring function and information push function. The safety management function can help the driver to automatically seek help through the network when encountering a vehicle failure or accident, and obtain the rescue in the first time; the vehicle monitoring function can monitor the actual operation route of the vehicle through the vehicle GPS to help the enterprise manage the vehicle; the information push function The necessary road condition information can be transmitted to the vehicle terminal through the network to improve the operational efficiency of the vehicle.

On May 21, 2013, Xiamen Jinlong United Company officially released the â€œDragon Wingâ€ car networking technology platform, which is independently developed and currently the most advanced vehicle networking platform in the domestic commercial vehicle field. Longwing vehicle computer and Longyi intelligent operation management system form the dragon wing vehicle networking technology platform. The on-board computer is installed in the middle of the vehicle's instrument panel. The control and information display terminal can collect the information obtained by various sensor devices in the car, transmit it to the background in real time by wireless communication, and also display the background information and instructions in the center. In the control screen, or through various control modules to manage the operation of the vehicle components, the driving vehicle is always under the control of the dragon wing. The intelligent operation management system is the information background of Longyi. It collects, analyzes, calculates and transforms the huge data collected by the on-board computer to form various control commands and data forms for querying and printing. The operator enters the system through the Internet, which enables remote monitoring and data of the vehicle.

At the 2014 Detroit Auto Show, Apple released the CarPlay in-vehicle system, which launched the car network into the automotive industry and instantly became the focus of major companies. In May, in China, Tencent released the first car networking product â€œLubao Boxâ€, followed by Botai Yida, a car intelligent system integration supplier from Shanghai, which also released its iVokaMINIX product in Beijing. It can be seen that both domestic and foreign, automotive industry and outside have realized the rapid and important development of the Internet of Vehicles. Therefore, in the future, the bus network technology solutions for bus companies will face more competition, in addition to more intense competition in the industry. Cross-industry teaming up with PK in the future will tend to be more obvious.

When you need the strength and durability of a steel reel, ONEREEL has the product for you.

Whether you need a tubular reel for lightweight shipping of pipe or conduit, a custom-designed process reel for take-up and take-off solutions in heavy-duty processing industries or a corrugated steel reusable design for wire and cable applications, our line of steel reels is tailored to satisfy your unique needs. 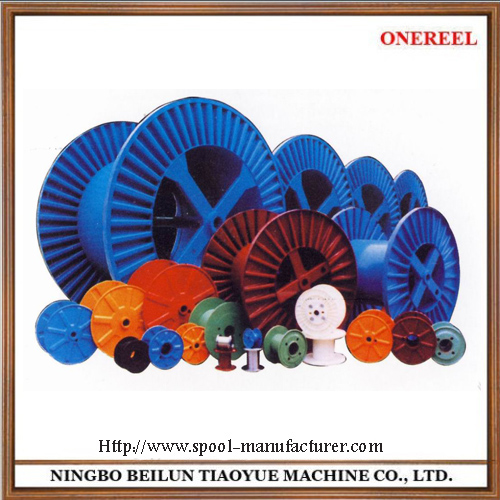