In fact, before the start of the Guangzhou Auto Show, the reporter of this journal thought about a problem. Geely Automobile pushed out four products in one breath this year. What would they do at the last big auto show this year? However, at that time, they got from the relevant people of Geely. The message is: This year's car show is easy.

On the day before the opening of the Guangzhou car on November 18, a circle of friends circulated a picture with a short paragraph: 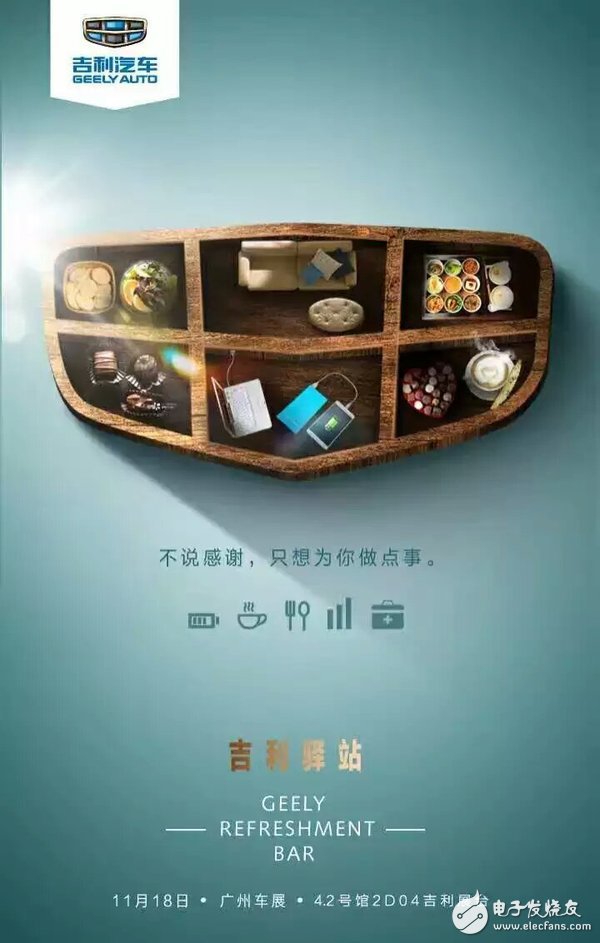 It is not difficult to find out from this picture alone. "Geely Station" is on the day of the Auto Show Media Day. It provides free services such as charging, rest, catering and medical care for busy media people. The journalists also went to the fun of the day and found that there are quite a lot of media people going to Geely Station. They can not only eat and drink, but also escape from the sultry and noisy pavilion. They can quietly blow air conditioners while sitting. Relax with a massage chair. This also just confirms the official information disclosed before the auto show: this is indeed very easy.

In fact, this trick is particularly useful. From a human point of view, Geely has strengthened the relationship with the media, narrowed the distance, and made the media people feel very cordial. The interest in Geely has not been reduced; Said that in the absence of a new car release, Geely took advantage of the trend, made a little innovation, made a fuss from "people", let the news of Geely station become an important hot event in addition to Fan Bingbing and Lin Dan on the day of the auto show. , grabbed the limelight for a moment, killing two birds with one stone. 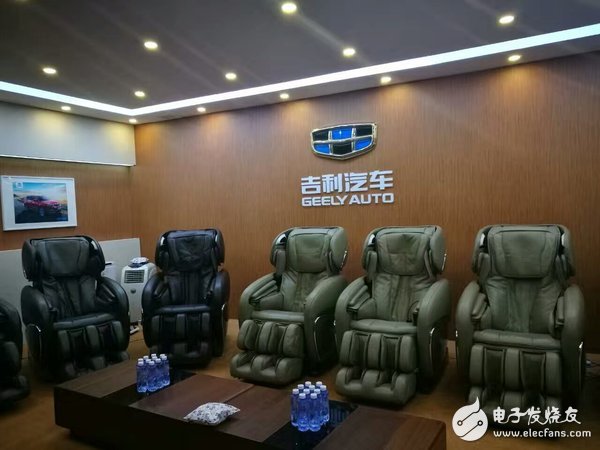 Whether it is news reports or media compliments, in the final analysis, the planning of Geely Station is a microcosm of Geely's service into the 3.0 era, and it is Geely's test of innovative service consciousness. Geely not only regards the media as friends and partners, but actually treats dealers and users as lifelong companions. Then Geely took the media partners to test the water at the auto show site, and focused on and demonstrated their service awareness and ability. Then, the next step is to promote this refined service standard to all 4S stores and directly to customers. And consumers.

Since the beginning of this year, Geely's new products have been concentrated. Three of the four products launched are products of the 3.0 era. The strong product strength has attracted the attention of many consumers, and it has also boosted Geely's sales to a new level. In October this year, Geely's sales approached 100,000 units, reaching 96,158 units. The total monthly sales volume reached a record high, up 94% year-on-year. From January to October, Geely Automobile sold 555,199 units, an increase of 37% over the same period last year, and completed 79% of the latest sales target of 700,000 units during the year. From the current trend, it is very likely that nearly 200,000 units will be sold in the last two months, so the annual sales target of 700,000 units will be unstressed. 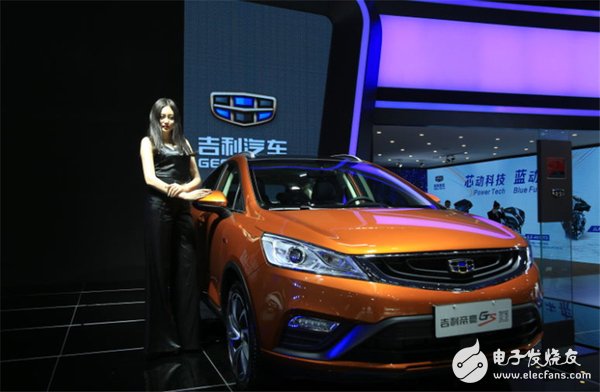 However, in the face of a sudden burst of more than the previous amount, the original dealer system will be overheated like a heating wire. If you do not take the corresponding measures to respond positively, there will be a dangerous situation. The most direct thing about taking the queue to pick up the car is that if it is not handled well, it will have a bad user experience on the one hand, and it will directly damage the brand image that Geely has just erected.

Therefore, in addition to the different product group sales previously proposed by Geely, the most important thing is to grab the service. Earlier, a Geely 4S shop in Xi'an told reporters that even if the user couldn't wait to cancel the order, we had to find a way to make it feel that all our services were satisfactory and temperature.

The current Geely Automobile and even the vast majority of independent brands, especially need this kind of service awareness and ability. â€œAlthough we often say that products are the first priority to open consumers' hearts, good service that satisfies consumers will add to your product,â€ said Lin Jie, vice president of Geely Automobile Group and general manager of sales company. All Geely 3.0 products must match the 3.0 service accordingly, and make good reputation. Let users who purchase Geely products feel the charm of new products and pass them through word of mouth. 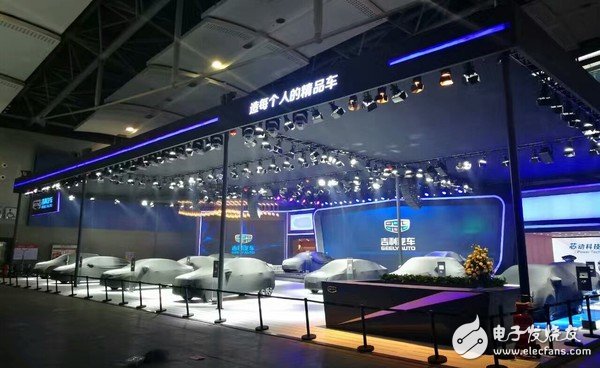 Just two days after the opening of the Guangzhou car, Geely set up 18 4S stores in North China, including investors from the joint venture brand. The representatives of 18 dealers signed the "Promotion Commitment for Sales Service Operation Standard 3.0 Promotion" with Geely Automobile, which includes the hardware level, the quality of the channel personnel, and the improvement of skills. The sales process and maintenance process are regulated, which means Geely is Channel construction will standardize and standardize sales services. The new image and service standards of the Geely channel in the 3.0 era will provide consumers with a new consumer experience.

Feyvan Electronics has already produces many other different kinds of cable assemblies for our customers, cable examples as medical Wire Harness, industrial equipment cable, TPU coated spring wire harness, VGA cable, USB cable, FFC cable and so on. Feyvan's engineers develop solutions to connect flat cables, single wire and round cables together with a variety type of connectors. All the cables and connectors can be purchased from China with UL approval or imported from other countries as your needs. Due to low labor cost in China, we are sure to have competitive prices to cut your costs a lot.